Why Your Teen is Hardwired for Substance Abuse 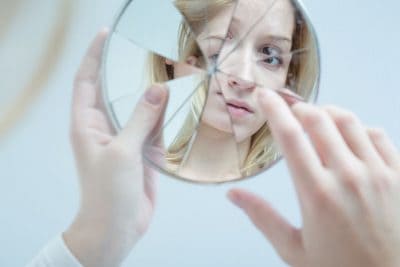 If you’re the parent of a teenager, I imagine you’ve lost some sleep worrying about your teen and substance abuse. We all know teenage years are a time when most kids experiment with substances, but, in the past, the primary worry had always been teen drinking and driving. While this continues to be a  serious concern for parents, we now also have to worry about our  children being exposed to opiods. Even with teen use of opioids beginning to decrease, there is still an opioid problem with teens. In addition, there is always something “new” and more dangerous for teens to potentially experiment with. Take, for example, Fentanyl.

Fentanyl is an opioid commonly used in pain relief and anesthesia. When administered appropriately, it is a very effective drug. Over the past few years, however, it has become a common recreational drug. While medical grade Fentanyl is extremely dangerous, the majority of recreational Fentanyl is made illegally, with no quality controls, and is often mixed with other street drugs, so people might not even know they are ingesting Fentanyl. With a potency 50 to 100 times greater than morphine, using Fentanyl is like playing Russian Roulette. This is not a new problem—pot used to be just pot, until it started being laced with opium, cocaine and PCP.

Obviously your teen is smart enough to recognize the dangers of opioids including Fentanyl, right??  Well, unfortunately intelligence has nothing to do with it. As the title of this blog suggests, your teen is wired for substance abuse.

Teens are obviously not void of Executive Functioning skills. They easily recognize that they need to check both ways before crossing traffic, to show up for practice if they want to stay on the team, need to study if they want good grades. They also generally recognize that yelling at their teacher will  most likely have significant consequences.

What they aren’t so good at is the more subtle understanding of how their behavior can result in unwanted consequences. Think of some the behaviors that got you or your friends in trouble back in high school. Would you do those same things now?  Why not? Several years ago there was a study done where they asked a group of teens and a separate group of adults if they would willingly jump into shark infested waters unprotected. While all ultimately agreed it was a bad idea, the adults were able to make their decisions almost instantly. Teens, however, took longer to make their decisions as they tried to determine the actual risk verses simply realizing any risk no matter how small outweighed any benefit of voluntarily jumping into shark infested waters unprotected. Teens are also more motivated by excitement and emotional rewards than are adults or even younger children. This means that the adrenaline rush of jumping into shark infested waters can influence teens decisions more than it does adults.

The most reinforcing emotional reward for a teen is peer approval. If jumping into shark infested waters in front of your peers will gain their approval, teens will take that into consideration. In a 2005 study neuroscientist Laurence Steinberg showed that teens in a virtual reality driving simulator with a peer increased their risky driving behavior three-fold,  whereas adults in the same simulator did not increase their risky driving at all when in the company of a peer (Hence the laws preventing new teen drivers from having peer passengers).

So let’s review;  Teens are biologically wired to take greater risks than any other age group because of their still developing Executive Functioning. Teens are also more excitement seeking than any other age group. Finally, peer approval is the greatest reward a teen can receive. What all this means is that your teen is wired to do things like, race cars, try dangerous stunts, break rules and use substances. Now that I have scared you to death, let me share the good news. Despite teenagers propensity for highly risky behavior almost all of them make it to adulthood. You and I did as did every other adult that ever lived. With that being the case do we need to do anything at all?  My answer is, Yes. Today’s teenagers are growing up in a world very different than the one the generations before them grew up in. Teens today are much more connected to both the national and international world than ever before. While this creates exciting opportunities it also puts tremendous pressure on teens to fit in. For example, according to DoSomething.org, “24% of high-school age teens (ages 14 to 17) and 33% of college-age students (ages 18 to 24) have been involved in a form of nude sexting.”

This is not merely a mass coincidence. Teens are getting the message through social media that sexting is not only ok, and normal but that is also the “thing to do.”  Unfortunately, because of their underdeveloped Executive Functioning they don’t tend to fully recognize the consequences they will experience should their nude pictures be shared with people they didn’t expect. The same is true about substances. Opioids used to be something that people had heard about but mostly in the movies or in the news. Most people didn’t know anyone with an opioid abuse issue. Today, however because of their availability and the notoriety of opioids on social media, opioids are being abused by teens and adults in every community in America including yours. Everyone knows someone who has abused opioids and for the first time opioid overdose deaths have outnumbered car accident deaths in the U.S.So, can anything be done?  The answer again is Yes. Despite teens being “wired” to engage in risky behavior they are very smart and with the help of their parents and other invested adults we can help their Executive Functioning see the more subtle consequences of their behavior. Over the next 3 blogs I will begin to explain and teach skills such as motivational interventions and collaborative problem solving so parents can in turn use these skills to help protect their teens from serious substance abuse including opioid abuse.

What are your thoughts and experiences about your teen and substance abuse? I’d love to hear your thoughts! Please comment below.

About the Author: Larry Blackwell

Larry Blackwell earned an MSW from the University of Connecticut School of Social Work. In addition to his work in private practice at West Hartford Holistic Counseling Larry administers individual, group and family psychotherapy and oversees the clinical supervision of an acute adolescent psychiatric unit at the Albert J. Solnit Children’s Center, South Campus. Larry is an expert in working with families to mend and strengthen their relationships.